ANALYTICAL REVIEW OF THE PROCESSING OF HUMAN AND ANIMAL WASTE

Wastewater treatment of various origins is one of the most important environmental problems. Widely used biological and other methods of purification do not fundamentally solve this problem. The level of purification is low, not all types of wastewater can be cleaned. The areas occupied by traditional treatment facilities are too large, maintenance is high-cost, the duration of the facilities is low, the cleaning time is quite long, there is a high risk of a breakthrough of treatment facilities and sewage entering rivers, lakes, and other reservoirs.

For example, the budget for the reconstruction and construction of new treatment facilities for Moscow until 2035 is 658 million euros. This amount includes only direct wastewater treatment without water intake facilities and other water supply infrastructure.

Similar wastewater treatment technologies are used all over the world. However, they do not provide complete recycling of sewage.

The American state of Alabama is nicknamed the "paid toilet of the USA". Alabamians fear that their state will finally turn into a national dump of New York shit. Megacities have long been unable to cope with the amount of feces produced by the growing population, and are forced to send them to other states, preferring southern ones — because of the low price. Local authorities, in order to replenish the meager municipal budget, are ready to accept "imported" feces, but the population is categorically opposed to the contents of sewage and other waste being brought to their lands from all over the country. The last straw was 200 wagons of feces from New York: the train was stuck for two months on the territory of one of the towns of Alabama, driving its residents crazy. The statements of the authorities that such a business is completely legal, and the treated wastewater is harmless, do not work. The "shitty war" of the South and the North.

2.8 billion people or 40% of the world's population live without sewerage. By 2030, this figure will reach 5 billion people against the background of the expected reduction in international assistance to the population of third countries in providing drinking water and sanitation.

Every year, an adult releases an average of 0.5 tons of waste.

Electroplasma wastewater treatment technologies have all the advantages over existing ones and solve this problem cardinally. During the construction of new treatment facilities, the use of this technology will make such facilities compact, which occupy an area hundreds of times smaller than with existing technologies. Electroplasma technology makes it possible to practically clean any wastewater, including not only waste products, but adapts to the treatment of any industrial wastewater.

Additionally, in the USA, it was forbidden to use bird droppings as fertilizer, so they began to be processed into activated carbon and used as an adsorbent in water treatment devices.

In Russia and most countries, the norms of storage and processing of waste from animal husbandry are not observed. The mass media regularly cover the facts of the disposal of manure and chicken manure in the fields of agricultural purposes.

In Russia, it is expected to adopt a law on the classification of manure and bird droppings as waste of hazard class 3-4, which will entail obtaining a license for all enterprises working with these types of waste and paying additional taxes and fines.

There is a high dependence on inorganic means of cultivation in the world. Outdated textbooks and existing methods of agriculture recommend the application of mineral fertilizers, although only 25% of them are absorbed, and the rest infects the soil and is absorbed into groundwater, affects the air condition, leads to irreversible consequences.

The need for nutrition has reduced the ratio of arable land to less than 0.2 hectares per 1 person, according to the report of the World Health Organization, the yield in the world should be increased by at least 50% from 1 Hectare to meet the growing demand. To do this, organic fertilizers based on humic acids should be used.

The rapidly growing demand for organic products in Europe, the USA, and Asia is spurring the growth of the organic fertilizer market.

For 2018, the organic fertilizer market is $b billion. USA.

Humic acids are obtained from different types of raw materials:

In humic acids obtained from different raw materials, these properties and functions are expressed to varying degrees. It depends on the structure of the molecules. In simple terms, a humic acid molecule consists of a large nucleus and many "tails" attached to it. The core itself almost does not participate in reactions - it is chemically very stable. But the activity of the entire molecule depends on the number and set of "tails". Thus, in humic acids of coal, molecules consist mainly of large nuclei, and there are relatively few "tails". Such a structure of these molecules is associated with a very long process of coal formation. During this period, the cleavage of the least stable part of the molecule - the "tails" - occurs. The most chemically stable parts of the molecules remain – the nuclei. And in general, the molecules are obtained sufficiently aligned in size and properties.

In addition, humic preparations from peat contain a whole set of various humic acids with different molecular weights, different sets of functional groups, varying degrees of hydrophilicity, that is, the ability to interact with water and biological structures. Thus, humic acids from peat are a wide set of molecules with various properties that cover a very wide range of stimulating and protective properties.

The global competitive market in the humic acid market is characterized by the presence of several large, medium and small enterprises in the world. Most of the companies are located in North America and Europe to meet the growing demand from the organic farming industry in developed countries. Companies invest in extensive research and development to develop their portfolio and meet the specific needs of the client.

Microsoft founder Bill Gates showed at the Reinvented Toilet Expo ("Advanced technologies for toilets") in China, a prototype of a toilet that works without water. He called it "the most significant achievement in sanitation in almost 200 years." The device was developed with money from the Bill and Melinda Gates Foundation.

The technology used in the Gates toilet allows the separation of liquid and solid waste. Water is evaporated from the liquid waste, which can then be used, for example, for watering plants or cleaning the house. Solid waste is collected in a separate tank where chemicals turn it into fertilizer.

The Gates toilet is designed for the poorest countries. During the presentation, Gates said that 500,000 children under the age of five die every year due to unsanitary conditions in the world.

Scientists from Nanyang Technological University (Singapore) have invented a new toilet system that will turn human waste into electricity and fertilizers, as well as reduce the amount of water consumed by 90%. This toilet separates liquid waste from solid waste. The liquid ones are sent to processing plants, where elements such as phosphorus, nitrogen and potassium will be recovered.

Solid waste is sent to a bioreactor, where it is processed into biogas, which contains methane.

Human waste ends up on pyrolysis facilities - chemical decomposition of organic materials due to the use of heat. The substance is exposed to temperatures up to 800 degrees Celsius. This destroys microbes, viruses and hormones, but leaves nutrients, trace elements and water intact. As a result of the process, a biochar is obtained, which extracts toxic substances from the soil, returning water and carbon dioxide to it.

The bio-coal is then supplemented with compost and organisms to produce Terra Preta.

A small company in Vancouver has developed a process for converting wastewater waste into valuable fertilizers for crops. Initially, there was a problem of wastewater treatment from phosphorus, now it is the restoration of a valuable resource.

This phosphorus is collected and sold as a fertilizer called Crystal Green.

Similar events are held in Germany.

According to a groundbreaking study published in the Journal of Cleaner Production, researchers from Ben-Gurion University and the Bukes Zuckerberg Institute for Water Research described a process using hydrothermal carbonation (HTS) to heat human solid waste in a special "pressure cooker" to create a hydrocar, a safe reusable fuel for biomass resembling wood coal.

In an experimental and laboratory study, BGU researchers subjected raw waste material through NTS (hydrothermal carbonation) at three temperatures (180, 210 and 240 ° C) and reaction time (30, 60 and 120 minutes).

The solids are dehydrated, creating a substance known as hydrocar, a combustible solid, as well as a nutrient-rich aqueous (liquid) substance that can be used as fertilizer for crops.

The researchers stressed that the reaction that creates the hydrocar sterilizes the waste, so it becomes safe to handle, "Coal" can potentially be used for domestic heating and cooking.

Sanergy, a Kenyan-based company, is creating a network of inexpensive, hygienic waterless toilets in the urban slums of East Africa. Sanergy collects waste and turns it into nutrient-rich organic fertilizers, which are then sold to farmers from Kenya To date, Sanergy has launched a network of 555 toilets serving 25,000 people a day, while safely removing more than seven tons of waste from communities daily.

The British company Loowatt has also developed a hygienic waterless toilet system, which also generates energy. The Loowatt toilet uses a sealing mechanism to wrap human waste in a biodegradable pad that is sucked in hermetically when the toilet is
flushed. Then the "cartridge" is periodically emptied into an anaerobic digester where waste and biodegradable gaskets are converted into biogas and fertilizer.

Treatment and purification of pig manure by filtration, called AMAK

The scheme, called the AMAC process, includes the following sequential steps: mineralization with mineral acids, alkalinization with lime milk, addition of superphosphate, second alkalinization, heat treatment and filtration under pressure. In the proposed method, a filtrate is obtained with 95%, 80% and 96% oxygen, nitrogen and phosphorus content, respectively. The advantage of the proposed method is that it provides high filtration rates (> 1000 kg/min.) and efficient separation into elements. This process also eliminates throw away! odors from filtrate and sediment. The treated filtrate can be used for irrigation of agricultural crops, and the method itself can be used in conventional biological wastewater treatment plants. The sediment can be used for the production of mineral and organic fertilizers. The AMAC process is inexpensive and requires low investment costs.

The technology is embodied in a mobile installation with a capacity from 5 to 20 tons per hour.

The technology has no by-products and has 100% utilization of organic waste into useful products.

In China, the USA and Canada, a floor with slits is installed in the pens, where manure gets into. On the floor below, manure is mixed with sawdust, straw, peat (when using the latter, the highest final nitrogen concentrations in fertilizers). Then the mixture is composted and packaged or used locally.

On average, 10 pigs produce 1 ton of fertilizers per year.

In Bloomberg's article "China turns fecal sludge into black gold," Professor Shu Ming Mang from Beijing University of Science and Technology notes that 40 million farmhouses in China have tanks for human and animal waste, which are converted into liquid fertilizers for farms, while pathogens are not destroyed.

According to the UN, if the waste products of all people on the planet are processed into fuel, then you can "earn" about 9.5 billion dollars a year. For example, methane worth $376 million can be produced from the feces of one billion people, and the resulting solids will have an energy value of about 8.5 million tons of coal — this is about $ 476 million at prices for December 2015.

Are you interested in our products? Consult our specialists 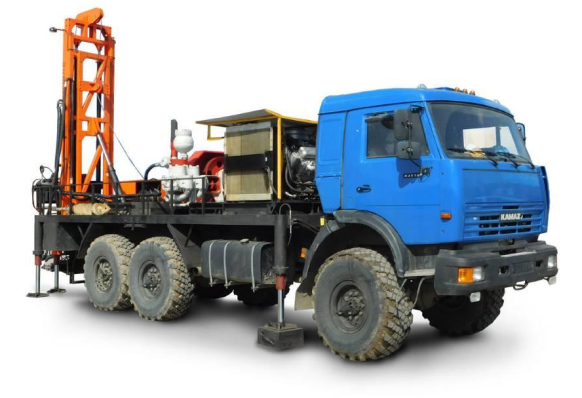